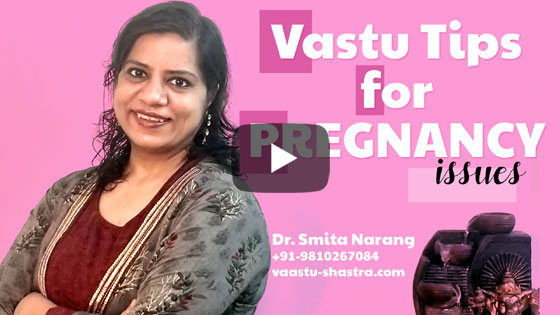 Vastu lays down norms for pregnant women so that they can deliver healthy baby and there is no problem during delivery. Vastu Purusha blesses people throughout the life and during pregnancy it becomes all the more important to follow Vastu tips so that bearing child does not perceive negative energy from Vastu defected area. Mothers should be vigilant during pregnancy as where to sit and what to wear because there can be problem in pregnancy if Vastu of house is not correct. While there can also be problems in conception due to Vastu defects.

Important rooms like bedroom and other most used rooms of house must be in accordance with Vastu to ensure conception and healthy baby. Some exclusive Vastu tips for pregnant women and women trying to conceive are as follows: