Feng Shui | Elements of Feng Shui | Concepts of Feng Shui | Difference Between Vastu and Feng Shui
History of Feng Shui
Feng Shui is known as the Chinese conventional science just like Vastu Shastra in India that lays down some principles based on five elements. Both the art forms are ancient as the former (Feng Shui) is originated in China around 3000-5000 years back, while later (Vastu-Shastra) is 8000 years older than Feng Shui and engendered in India. Feng Shui is a knowledge packed science of directions based on fundamental energies namely –YIN & YANG that flows constantly in the universe to render harmony and peace in lives.

Feng Shui is also known as ‘Kanyu’. Feng Shui reports that man and surroundings are influenced by ‘Chi’- the energy of earth, cosmology and metaphysical factors. Feng Shui studies the essential knowledge of magnetic fields and influences man adhering to cosmic laws of buildings & placement in order to tap the maximum energy from the earth. 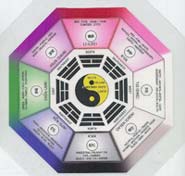 Origin of Feng Shui
Feng Shui was practiced in third century BC, and first began in the West Han dynasty. The principle of this philosophy believes- earth is a living thing and has life & energy. If this energy has to be consumed or needed in a proper way, then the typography and location must adhere to Feng Shui principles. It is believed that plot’s direction and surrounding that complies with laws of Feng Shui prosper in future.

Feng Shui is believed to work on two positive energies which are primary in this art form – Yin & Yang. According to Feng Shui, a building is made in a way that it enhances the relationships of family member. The structure of building is provided in accordance with this energy- yin and yang; the left of the building is known as yang or male force and connected with the forces of heaven. The right side of building represents yin or female force which is connected with the forces of earth. In a building both the energy has to be balanced so as to bring prosperity and success, lest it would imbalance and disturb the lives of occupants.