What is Geopathic Stress?

Geopathic stress is an invisible stress on earth due to emanated radiations and electromagnetic waves that surrounds this planet. The electromagnetic waves comprise of parallel rays rising vertically from ground and moves from east to west and north to south. These waves are described as both positive and negative falling on the surface of earth and studies manifest that negative waves could have disastrous effect on occupants leading illnesses and stressful life.

The concept of Geopathic stress is not new to us yet only handful of people has quality idea of it as what geopathic is all about. Geopathic springs from Electromagnetic waves emanated by earth cavities, subterranean running water and certain underground concentration and are held responsible for causes of unwanted illnesses, stress, and irregularities in lifestyle of inhabitants. 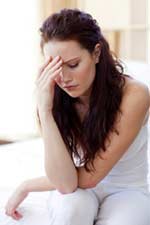 Due to the increased artificial sources of radioelectric frequencies, our houses have become a polluted hub of pernicious electromagnetic waves creating havoc in lives. During the past few decades geopathic stress has seen an unexplainable surge in houses which are surrounded by fatal electromagnetic radiations all over. Underground high voltage power lines, planetary radiations all create ground for tumours and harmful diseases. Geopathic stress created by radiations and waves makes a building sick, which is also called sick building syndrome in technical term.

Effects
Geopathic stress afflicted area or a sick building polluted with harmful radiations causes various illnesses and persistent sickness among inhabitants. Some of the illnesses that are being noted among people who have been living on geopathic afflict house are:

Geopathic stress leading area often causes complications for unborn baby and in many cases investigated by researchers unborn child suffers from birth defects or congenital diseases. According to most case studies on geopathic stress, cancer is most prevalent among people residing in high electromagnetic waves surrounded area, although we all produces cancerous cells but GS weakens immune system due to which person staying or sleeping in particular high GS affected area suffers from cancer. If a home is affected by any detrimental forces inviting all negative energies causing chronic disease must be rectified immediately.

How to detect?
Detecting geopathic stress zone has become possible with dowsing tool, an instrument which has been accepted historically to detect the detrimental forces in a house. Dowsing rods provide accurate result if the perimeter of a sick building preferably external is checked using L and Y dowsing rods. Dowsing rod helps to locate geopathic stressed area in matter of minutes and today it is been practiced by most medical and non-medical practitioners.

Treatment
After detecting Geopathic stress it becomes necessary to treat the affected zone while sleeping area is the most afflicted place as during sleep we are stationary and at this time period geopathic waves make their work possible on individual. However we can’t really alter our house in order to relieve from geopathic stress but atleast rectify the place to de-stress our zone. Presently three methods are followed by practitioners to deal with GS:

Moving out geopathic stress:This doesn’t mean moving out of house but making the things safer by altering sleeping position or bed from the afflicted zone to some other side. Sleeping position determines our resistance to particular area while we asleep we are much more under the geopathic stress which causes frequent illnesses and fatal diseases in rare cases.

Blocking the negativity with cork: Cork (outer layer of oak tree) is considered to have natural blocking power and if your sleeping is affected with geopathic stress than put a piece of cork beneath your mattress. While installing cork mat or tiles which are easy to avail in market today will surely give relief from GS.

Neutralize the GS: Essentially neutralizing is another method of dealing with geopathic stress under critical situations. Devices like Hartmann spirals and flat dielectrical resonators are placed under the bed to discard GS. Electronic machines plugged in main switch are good option to neutralize the geopathic afflicted area and dowsers are ideal and commonly used by most practitioners.