North-east is also called Ishaan or Eshaan corner and recognized as the place of God. North-east is governed by Lord Chandra or Soma while this sacred direction has ruling element water. This direction is seen as highly charged place with divine energies which is why any construction in North-east is a taboo and ruled out in Vastu Shastra.

North-east contributes to over-all prosperity of inmates because being a place of god, if this space is properly utilized for worship room then occupants surely gets maximum benefit. However, worshiping in other direction is not prohibited but apparently do not give much benefit as would do in North-east. It is also important to leave much open space in North-east as this direction absorbs divine vibrations from universe and transforms into positive energy. 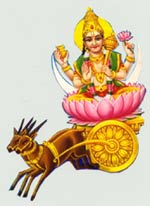 The reason that North-east is considered the most auspicious place is in someway scientific as well; science retort human being act and react as soon as we are expose to corresponding direction. Being the ruled by Water element, it recommended to use falling water such as miniature of water fountain etc in North-east.

The positivity of North-east direction is eventually approved by science that also has recommended it the most suitable and divine corner. Therefore, to attain peace, prosperity, success and wealth it is essential to prohibit any construction here in the North-east except worship room.